How Steve Jobs Has Transformed My Life

Steve Jobs ~ Simply One of The Greatest Teachers of All Time!

Today I am writing about someone who has made a huge and lasting impact in my life and many other people's lives and transformed the language of generations to come. Steve Jobs is a perfect example that in life, everything and anything is possible when you put your whole heart into it.

When I was a kid, the main way by which people do long-distance communication was via the telegram. If you're not familiar with this then maybe you were born after my generation:) I used to be amazed how a strip of paper with short, somewhat emotionless, straight to the point text, can connect people separated by long distances. It wasn't as simple as today, because back then, people had to travel to the post office to send a telegram. And by the time it reached the intended recipient, usually after a few weeks or so, the news was already past its due date :)

After a decade or so, the internet came and took the world by storm. Online chatting was the norm then and got everyone hooked. The world suddenly became smaller, as one could easily and readily connect with a loved one or a friend who might be on the other side of the planet.

During one of our after-dinner walks, I remembered my father saying, " The world is changing. It is smaller than you think. Soon, there'll be no walls or oceans separating people, as everyone will be connected."

For me, one person made this possible, and you know who he is, Steve Jobs. He revolutionized everything and set the standards for the computer industry with his Apple inventions. In fact, I'm writing this on my Macbook, a pretty sleek gadget, without which I wouldn't be able to write my blog posts.

But for all that he's done to improve the way people communicate with each other, nothing beats his attitude. Out of nothing, he became something. There was no way he could do and be what he is today, one of the greatest teachers of all time.

A product of adoption, a college dropout, who experienced major setbacks in his career and diagnosed with cancer, all of these did nothing to break his spirit. For me, he is the ultimate expression of the word, POSSIBILITY. Though faced with failure after failure and rejection, he remained steadfast in pursuit of the things that he loved most. He didn't settle for the ordinary, rather strive to perfect each and every technology he'd ever invented.

A great advocate for change, he religiously reflected upon himself everyday by looking into the mirror and asking himself questions. If he felt that something needed changing, he took action. He didn't fear change, rather embraced it. He lived and breathed possibility, thus, left a legacy for all generations to be grateful for.

Fast forward to today, the world has changed immensely, with all the latest technologies and apps that simplify the way people connect with each other. In a split second, one can instantly connect with another through social media by sharing tweets, photos or videos.

Like many people, my Iphone has become part of my wardrobe. It is a necessity, not a luxury. I use it to capture magical moments with my son, connect with family and friends, as well as pay for stuff online. Life has never been easier.  In my hand I hold just a fraction of one person's great legacy, which I'm truly grateful for.

My father was right, the world has truly become smaller. Thanks to the genius and foresight of one great man, Steve Jobs. 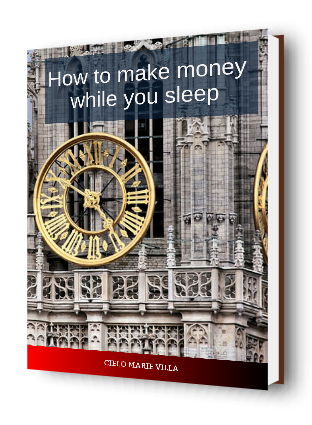